With the current governance voting mechanism (ADR 04), only the active validator set is participating in voting. This means that the validators are voting on behalf of all their delegators. This ADR proposes a change so that each delegator is able to vote with its own stake. The delegators vote acts as an override of the validator vote.

This change requires an efficient staking.DelegationsFor query to obtain a list of accounts the submitter is delegating to. Staking state is updated with:

For completeness the same can be done for debonding delegations, although not necessary for the governance changes proposed in this ADR.

Possible alternatives that would avoid adding the reverse mapping are:

When a proposal closes, the vote tallying procedure changes to:

This procedure iterates over all voters and can be beneficial if the number of voters is relatively low compared to the number of all validator delegators.

A possible alternative would be to iterate over the delegators-validator sets:

Implementations in other chains​

Cosmos-SDK uses a similar approach to the proposed solution in the ADR. The tallying iterates over voters, their delegations and validators. For detailed implementation see: Cosmos-SDK Vote Tallying Code. The voting itself is limited to delegators (similar as proposed in this document).

The Vote Tallying procedure variants were benchmarked on mainnet data.

Some basic stats from mainnet:

The variants were benchmarked in scenarios with different number of voters. In all scenarios the mainnet consensus state was used, only the number of (simulated) voters varied. All votes were eligible (had at least one delegation to an active validator) and all of the delegator votes did override the validator votes.

The three tested variants were: 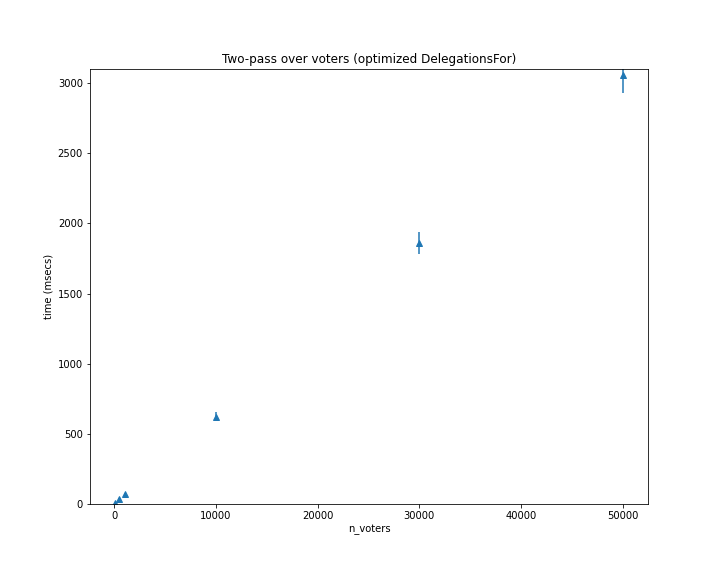 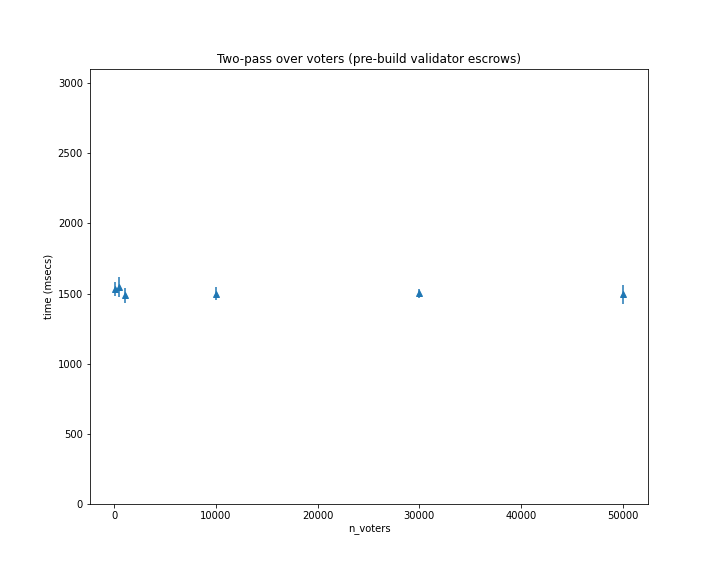 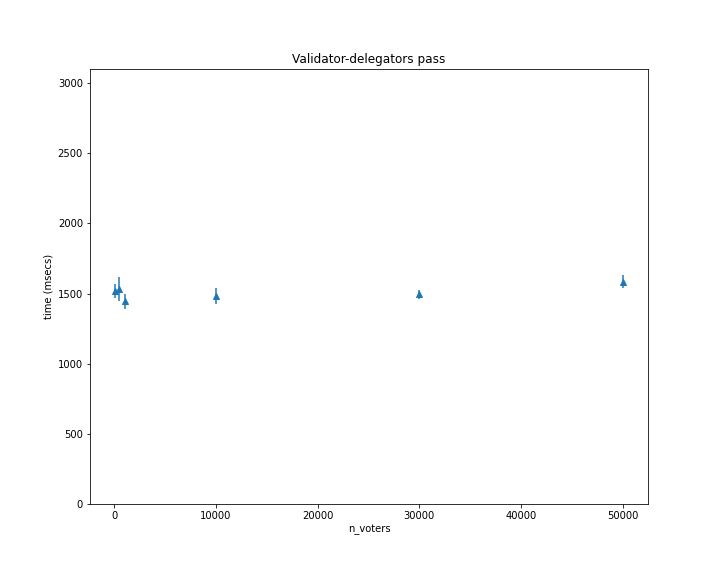 The above results show that:

In reality, the number of voters will likely be small compared to the eligible set of all delegators, so the two-pass approach (with querying DelegationsFor for every voter) seems to make the most sense.

With the possibility of increased number of votes per proposal a pruning of votes can be implemented. Votes for a proposal can be pruned as soon as the first block after the proposal is closed. Because proposal is closed in the EndBlock state (which includes votes received in this last block), the pruning should not be done before the block after, so that the exact state at the time of the closing can be queried.

Delegator can also be a runtime. For enabling runtimes to vote, casting votes should also be supported via runtime messages.

Roothash message type is updated to include governance message field:

Governance backend is updated to handle the cast vote message.

For completeness, support for submitting proposals via runtime messages can also be implemented.